2019 Oscar Winners: Who Will Grab The Golden Guy Tomorrow Night? 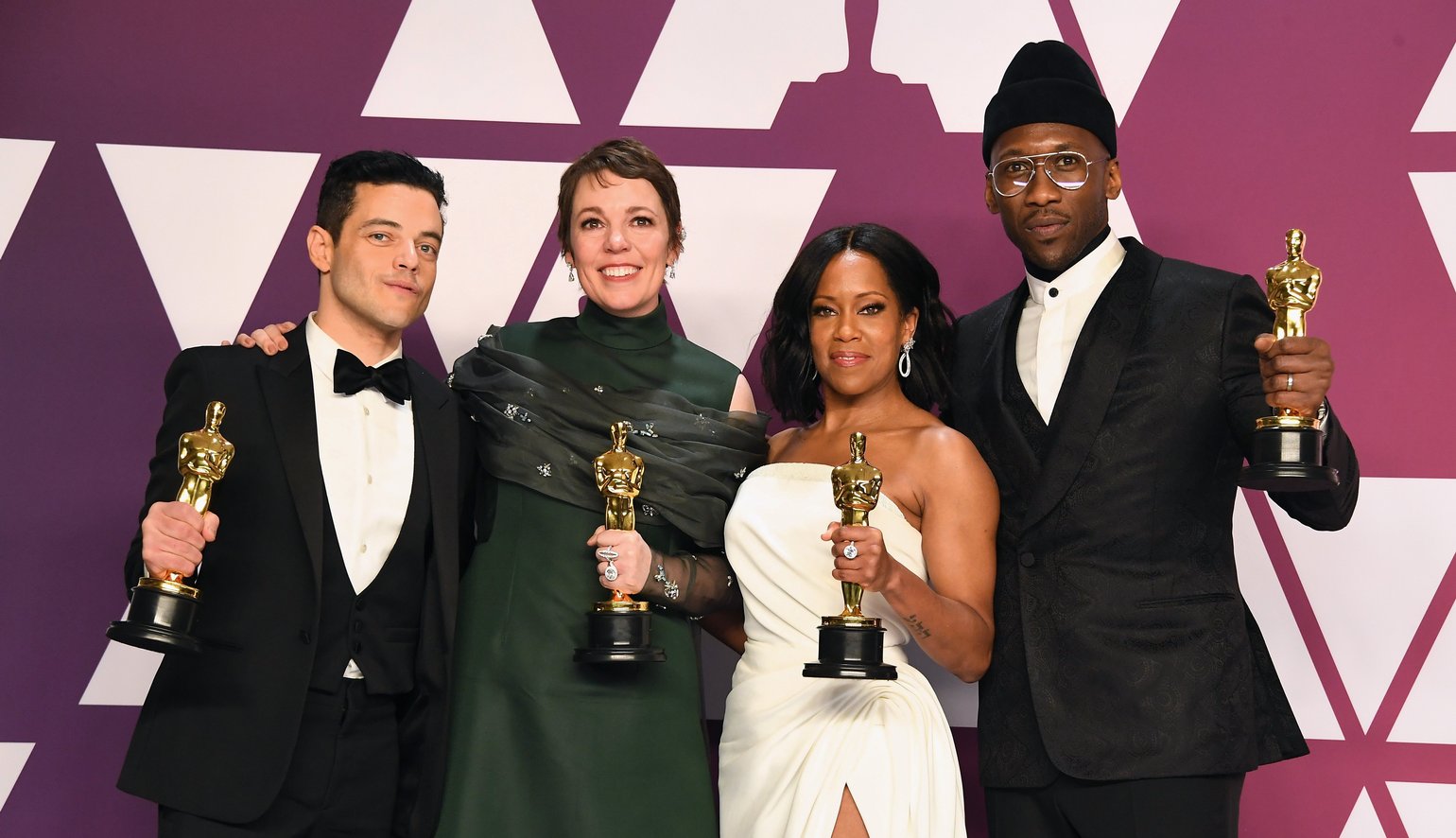 I love creatives and the art of self-expression.  Unapologetically, I’m an awards show super-geek.   None of these glitzy productions escape my radar including: the Emmys, Tonys, Grammys, American Music Awards, Golden Globes and Screen Actors Guild. Yep! I got it bad!  LOL!

This obsession with the tinsel entertainment world started eons ago as a teenager when I started wearing cheap rhinestone hoops and sparkly sweaters! I even had a pair of bedazzled platform shoes!

Mind you, not just for special occasions, but on any given day–going to the mall with my best friends, doing household chores or prancing around the living room doing voice impressions, dancing and singing off-key!!

My parents acknowledged that I had a flair for being ”dramatic,” known today as ”being extra.”  Every family has ”that one;” my brother and sister were normal!

Numerous times I dreamed I was a movie star draped in real diamonds walking the red carpet in a gorgeous gown.  A little ham, even back then, right?  LOL!!

My excitement is building!  Hollywood’s biggest night is Sunday, February 9, 2020. The Academy Awards–the big kahuna of all the award shows!

Although, I still like to see who is ”wearing who,” I am more fascinated with the process– how actors bring characters to life from a script!

Full disclosure: I didn’t see The Favourite; I’m not a big fan of period pieces; this one set in 18th century England.  English actress, Olivia Colman played the multi-layered Queen Anne.  My best friend, Brenda, eats this stuff up!  Ho-hum!  LOL! But, I saw all the other performances.

I was mesmerized by Malek’s powerful and raw performance as Freddie Mercury, the legendary lead singer of Queen; nailing the swagger.  Of course, I cried at the end. I love biopics!

King is a force of nature on screen; as a loving and resilient mom who showed unconditional love for her pregnant daugher and fiance; wrongly accused of rape by another woman. Her portrayal was strong, intensive, delicate and humanizing.

Ali’s portrayal of Don Shirley, a world class pianist on tour in the Deep South in 1962 facing racism and forging an unlikely bond with his white driver, was elegant, masterful and poignant.

Phoenix’s extraordinary portrayal as the mentally ill iconic nemesis was disturbing and haunting. The solo dance scene with the eerie cello music track made my skin crawl.

As an RN who has worked with mentally ill patients for nearly twenty years, it touched a raw nerve; a real kick in the gut.  It made me extremely sad because of the stigmatization attached to mental disease and the budget cutbacks in outpatient services.

Phoenix’s acting prowess is spectacular.  In fact, it doesn’t feel like he is acting, at all.  The transformation was chilling!

The same applies to Zellweger’s portrayal as Judy Garland in Judy. The physical resemblance is amazing. She captured her fragile and complicated persona and even sang all of Garland’s classic songs; no lip syncing!

The movie that most touched my heart with authenticity was Marriage Story. It’s the best movie I have ever seen on the aftermath and complexities of divorce.

No sugar coating– loss, love; sadness; pain; anger and fear unpeeled and played out sensitively by Scarlett Johansson and Adam Driver.  If you’re not an ex, it may not be your cup of tea, but, it hit me right between the eyes–having lived it!

I love actors who go all in for their craft!  I applaud their dedication and abilities to stir our emotions and make us all feel something–whether we cry, laugh, reflect on the human condition or are terrorized out of our minds.

And, the million dollar question? How do they cry on the spot and remember all those lines?   I struggle with a six item grocery list and where I left my glasses. LOL!

That’s the point of this lovefest tribute– recognizing the skills, talents and gifts of others.  Thanks to all the Oscar nominated actors and technical folks behind the scenes– including directors; editors; cinematographers; screen writers; costume designers; set designers, visual effects, makeup artists and music composers– for all the hard work that goes into allowing us to escape from our busy and crazy lives for a few hours at the movies.

Oh, by the way, I won’t be breaking tradition on the big night!   I’ll be wearing an off the rack pair of pj’s from Target and cheap bling chandelier earrings while snacking on honey roasted peanuts and Snapple raspberry iced tea.  Pretty fancy, huh?

Cheers to all the nominees!

The Fragility Of Life: We Think We Have All The Time In The World
Humankind: Pulling Together During The Coronavirus Pandemic